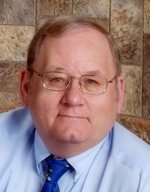 SUBLETTE - Basil William “Bill” Yount, Jr., 67, died suddenly on Saturday, January 19, 2019 at Satanta District Hospital. He was born December 26, 1951 to Norma Jean Harrison and Basil William Yount, Sr. in Montezuma, Kansas. Bill grew up in Sublette and graduated high school in 1969. He married Sandra Lynn Sims on May 19th, 1974 at the Southern Baptist Church in Plainville, Kansas. Together on February 24, 1985 they had Haley Lynn who became the center of their world.

As a young boy Bill enjoyed fishing and swimming. He was an active Boy Scout, too. Later in life he ran the pool and served on the Sublette Recreation Board. Bill enjoyed collecting marbles and coins and enjoyed sharing his collection with his grandsons.

Bill taught elementary school in Baldwin City and in Sublette. His students remember him with great fondness. He enjoyed teaching and coaching sports. Bill started working at Haskell County Agency in the mid 1980’s and purchased the business in 1990. He owned the insurance agency until he retired in 2015.

Bill was a member of the Sublette Christian Church and served in many capacities including youth leader and Elder. In celebration of the church’s centennial, he was inspired to write a book on the history of the congregation. Bill was a writer and found encouragement reading God’s word.

He is survived by his wife Sandy of the home; a daughter, Haley Lynn Stoppel and husband Chris of Sublette; grandchildren, Jacob William Stoppel, Brayden Thomas Stoppel, and Baby Stoppel is expected later this summer; his mother, Norma Jean Yount of Sublette; and a sister, Darla Sue Collins of Hill City, MN.

He is preceded in death by his father, Basil William Yount, Sr.

Funeral Service will be 2:00 pm Wednesday, January 23, at the Sublette Christian Church with Pastor Brandon Mildren officiating. Interment will be at Haskell County Cemetery.