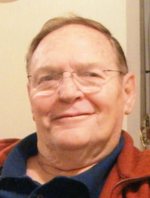 A native of Rolla Ks, he was born on October 24, 1933 to Clyde B. Bressler and Ruby Fern (Farlow) Bressler. He graduated from Rolla High School in 1952 and went on to the University of Kansas to play football for one semester. He married Laura LaRue (Drew) on July 26, 1953 in Clayton, New Mexico, and together they had two children. Laura passed in 1985. In 1986 he married Pearl Imogene Dethrow and they later divorced in 2002.

Dallas believed in community service, dedicating 16 years to serving as a Morton County Commissioner.  He also served on the USD 217 Board of Education, the Rolla City Council and the Rolla Recreation Commission. He was active in the Jaycees and participated at the state level.  Dallas took pride being a part of the Rolla community and demonstrated his pride in many ways including serving as the first Chairman of Santa Claus Day.  He owned and operated Bressler Oil, Inc. from 1957 until 1992.  Dallas enjoyed hunting with his family and riding motorcycles with his friends and family.

He is preceded in death by his parents; wife Laura Bressler; a son-in-law, Charlie Broaddus; a sister, Beverly Anderson.

A Graveside Service will be 10:30am Tuesday, August 15, 2017, at the Rolla Cemetery. Cremation has taken place.

In lieu of flowers, memorials may be given to the Rolla Alumni Association in care of Weeks Family Funeral Home & Crematory, PO Box 1200, Sublette, Ks 67877. Condolences may be left online at WeekFamilyFuneralHome.com