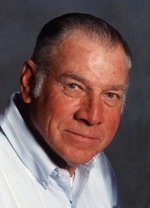 Paul Weidner, 90, passed away on Thursday, January 12, 2017, at his home in rural Haskell County. He was born on January 28, 1926, to Paul Oswald and Alta Marie (Moore) Weidner on the family homestead. He graduated from Sublette High School in 1943. He married Gertrude Ellen Ellsaesser on July 28, 1948.

Paul was a farmer and enjoyed raising cattle. He also enjoyed participating in the Old Time Harvest, anything to do with Haskell County history, and he loved dancing with his bride.

He is preceded in death by his sister, Thelma Loucks; son-in-law Richard Rizzo.

To send flowers to the family of Paul Weidner, please visit our Heartfelt Sympathies Store.