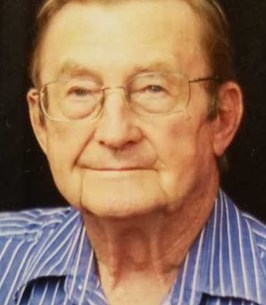 Print
COPELAND - Robert Wayne “Bob” Tucker, 77, died Friday, November 2, 2018, at Wesley Medical Center in Wichita, Kansas. He was born August 27, 1941, to Alrena Viola (Unruh) and Wayne Albert Tucker on the family farm in rural Gray County near Copeland, Kansas. He proudly served his country in the United States Army from 1963 until 1965. He married Alyce Mae (Ewoldt) on March 28, 1970, in Thedford, Nebraska.

Bob believed in service to his country and his community. He was a member of the Copeland American Legion Post #369 for 53 years and served as Post Adjutant for 20 years. He was a member of Gray County Farm Bureau serving as President. He and Alyce enjoyed playing cards including Pitch and Poker. Bob found peace using his hands or tilling the Kansas soil. Drinking coffee with friends each day at the Copeland Cafe was special to Bob. He loved his country and his family.

He is survived by his wife Alyce Tucker of the home; a son, Tennesee Robert Tucker and his wife, April, of Omaha, Nebraska; sisters, Nancy Dotts and husband Floyd of Montezuma, Rita Ewoldt and husband Bernard of Valentine, NE, Donna Stark of Copeland, and Carla Shewey and husband Mike of Dodge City; sister-in-law, Roxie Tucker of Copeland; and many nieces and nephews.

He is preceded in death by his parents Wayne and Alrena Tucker; a brother, Steve Tucker.

Memorial Service will be 10:30 a.m. Tuesday, November 6, 2018, at the South Gray Jr. High School Gymnasium with Rev. Jerry Odle officiating. Interment will be at the Copeland Cemetery immediately following the service.

We encourage you to share any memorable photos or stories about Robert. All tributes placed on and purchased through this memorial website will remain on in perpetuity for future generations.

DH
I just found out 11/6/18 at 1130 of Bobs passing. So very sorry to read this. Bob and I were "roommates" just a little over a year ago on the Kansas Honor Flight to Washington, DC. He was a joy to visit with and get to know. He was very proud of his time serving his country. So Very sorry.
Donald Heili - Tuesday November 06, 2018 via Condolence Message
Share This:

I was so sorry to hear of Bob's passing. He was a truly wonderful person. He always had a smile and hi when ever I was him. My late husband always thought a lot of him also. If I or our auxiliary can help in any way, please let us know. Our sympathy to all.
Mary Sanko - Sunday November 04, 2018 via Condolence Message
Share This:

V1
Alley and Family,
Our sympathy to you all. Bob was a great person and will be missed by many. He was a great life member of our VFW Post in Dodge City.
VFW Post 1714 - Sunday November 04, 2018 via Condolence Message
Share This:

RH
Aly, Nancy and family, my condolences to each of you. Bob was more than a friend, he was like a family member to me. We enjoyed sharing childhood memories and life experiences. He contributed significantly to area communities and his nation. He will be missed and remembered. You are in my thoughts and prayers. Hugs and love, Bob Hilliard
Robert D Hilliard - Sunday November 04, 2018 via Condolence Message
Share This:

Thoughts & Prayers! Your Family will always have a special place in our hearts!
Mike & Raylene Meadows - Sunday November 04, 2018 via Heartfelt Sympathies
Share This:

BD
Aly, I am SO sorry for your loss! We always enjoyed it so much when Bob came to the 3-I Show; he'd stand by our booth and brag about his Sub-Mulcher whenever a likely prospect came by! He was a good-hearted man, and I know he will be missed by many. My condolences to you and your family. Barbara Derby
Barbara Derby - Sunday November 04, 2018 via Condolence Message
Share This:
1
Page 1 of 1
Share
×

Share on Facebook
Send flowers to the family
Choose from beautiful standing, table and basket arrangements. Safe and secure online ordering.
View Flower Arrangements
What has already been purchased for the family?
Plant a Tree in Memory of Your Loved One
An Honouring a Life memorial tree is a unique tribute which provides global benefits like no other memorial gift could.
Plant a Tree
Place a Donation
Choose from a Family Preferred Charity or select your own.
Place a Donation
Family Log-In