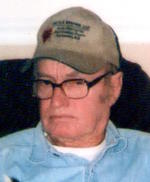 Bill was born in Viola, Arkansas on June 19,1939 to Billy Tipton Burch and Audra Mae (Lange) Burch. Bill married Claudie Faye (Jackson) on July 5, 1959, and together they moved to Sublette, Kansas in 1961.

Bill spent his life farming in the Haskell County area. He was a member of the NRA and enjoyed hunting and the outdoors. Bill also enjoyed collecting belt buckles.

Bill is preceded in death by an infant brother.

To send flowers to the family of Bill Joe Burch, please visit our Heartfelt Sympathies Store.